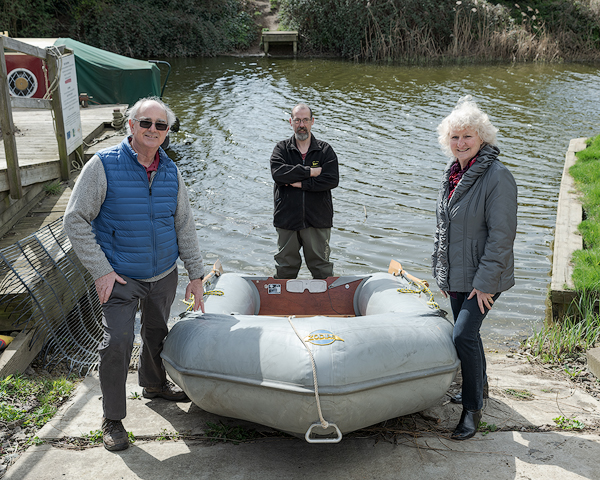 When Julia Enderby's late father Derek passed away, one of the things that he left behind at his home in Wimblington was an inflatable boat that he used to take regularly on holidays to the South of France in the nineteen seventies. It has spent the last few years sitting in his garage and not knowing what to do with it, Julia's husband Mike, contacted the club to see if we could use it.
Acting club Commodore Colin Ovenden, invited Mike and Julia along to our slipway at Skoulding's Rest where they set-to and inflated it, all the while wondering if it would be more of a deflation! Remarkably it stayed pumped up and appeared to be in splendid condition for its age dating back to the late nineteen sixties.
With a quick launch from the slip, and to the delight of all, she floated perfectly stable and back rightly where she belonged, afloat on the water.
Mike and Julia who live in March then announced that they would like to donate it to our club in memory of her dad and she would be pleased if it could be used by youngsters like the scouts and guides who regularly use the Skoulding's Rest facility.
Colin then replied thanking them for such a generous offer and assured them it would be used extensively by the club for future river litter clearances and other community based projects.